Our numbers for the Percy Jackson based program had good attendance numbers during the early pandemic so we wanted to try to do a big in person program featuring  Percy Jackson. We came up with several elements that tied in to this popular book and movie series. And as anticipation builds for the updated Disney+ series, it seems like the perfect time for some Percy Jackson After Hours.

Faith Healy worked on this. She made a giant D20 to role and had a list of gods the teens could get when rolling for their godly parents. She made buttons and cards about the gods that claimed each teens. This was a fun way to begin the night and get the teens sorted into teams and/or stations.

We made a Kahoot with Mythical Trivia. This was super fun. I would have made it shorter though. We had 80 questions, which turned out to be a lot. I like having a good combination of easy and hard questions.

Samantha Burkiewicz, our new teen librarian at our Lockport Branch, led the teens in two games. She even made a super cute campfire. We called them campfire games! We played 20 questions Percy Jackson Edition and then A-Z where everyone had to come up with a name, place or thing from Percy Jackson or mythology using the letter of the alphabet they received. We went in a circle and it was super fun. 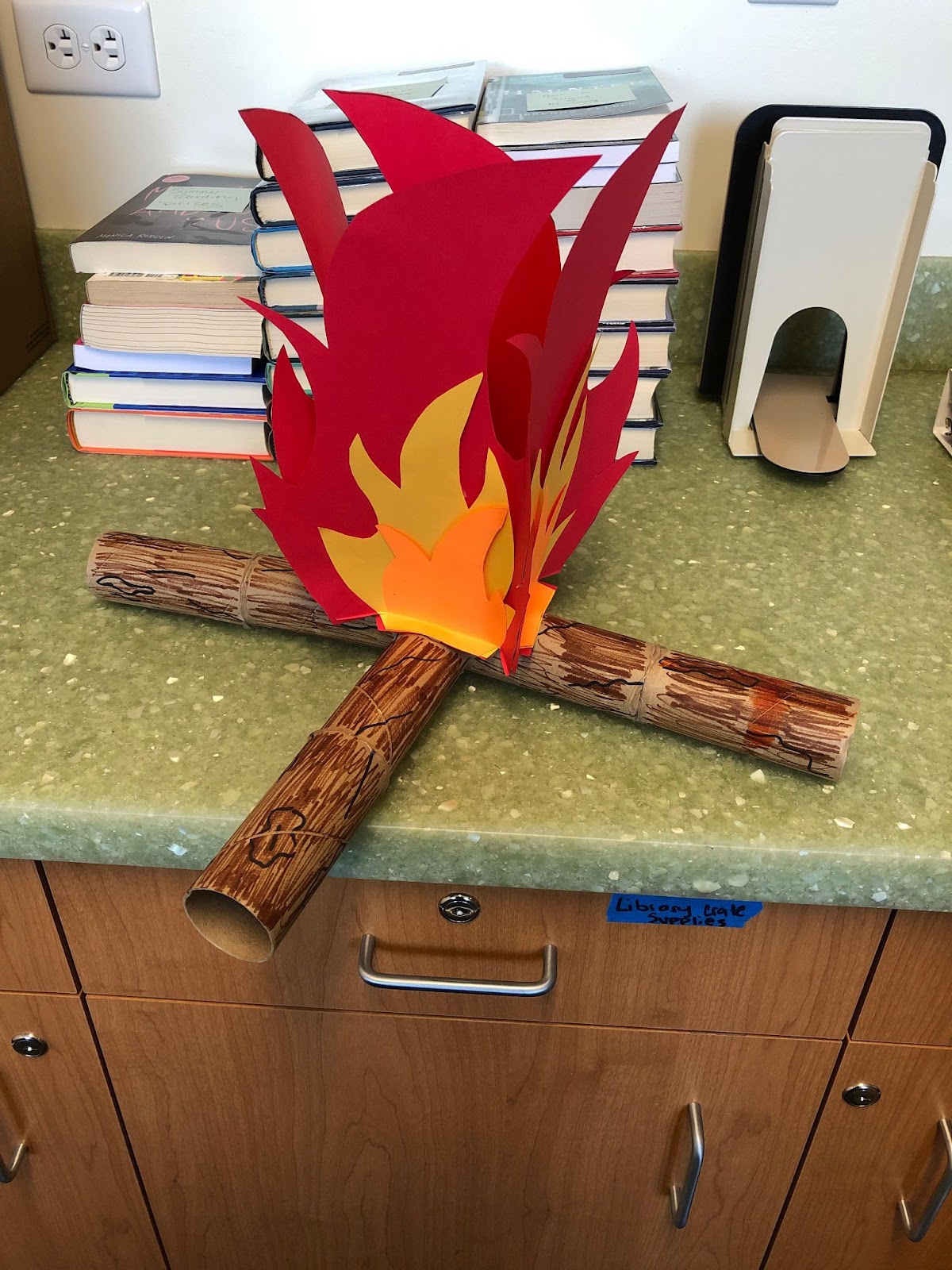 The Floor is Lava Capture the Flag

We based this game on the popular show The Floor is Lava and combined it with Capture the Flag. We put all sorts of things on the ground and put them into a team and had the other teams armed with pool noodles to try to knock them off. It was super fun!

We played Fictionary and it was led by Faith Healy. Fictionary is a form of Pictionary. Faith and I had pulled different mythology creatures for the teens to draw. We had to shorten this game because we were running out of time. My niece won. I let Faith lead this cause I had a feeling my niece would win.

Here are my niece Julia’s drawings. She did each one in under a minute.

Our wonderful Adult  and Teen Services librarian Karolyn Stromdahl made an awesome craft and led the teens well making it.

She also had a take and make of the Pecy Jackson necklace craft https://www.instructables.com/Percy-Jacksons-Camp-Half-Blood-Necklace/

Final thoughts: This was a cheap program. I used supplies I already had. It was so fun. I enjoyed working with my fellow librarians and we filled 2 hours of time very easily. If you have a lot of Percy Jackson fans, this is a great program idea. All the teens were really happy to be there. We had a great night. Karolyn Stromdahl  had so many more ideas we are adding one of them to a take and make for teens in November. This was a good program because my coworkers all really came up with great ideas and made this program a blast!

Cindy Shutts is the Teen Services Librarian at the White Oak Library District in IL and she talks programming every 1st and 3rd Wednesday. You can follow her on Twitter at @cindysku.

Cindy Shutts is the Teen Services Librarian at the White Oak Library District in IL and she talks programming every 1st and 3rd Wednesday. You can follow her on Twitter at @cindysku.