Finding Freedom at the Library, a guest post by Christyne Morrell

Middle-grade authors are notorious for killing off the parents. How else could we send our young characters on such dangerous, eye-opening adventures? In my debut middle-grade novel, KINGDOM OF SECRETS, I at least had the compassion not to kill both of my main character’s parents. I merely sent Prismena’s father to jail, then whisked her off on a harrowing journey to rescue him. With no adults around to come to her aid or talk her out of it, Prismena flies a hot-air balloon, stages a jailbreak, and joins forces with a band of rebellious orphans. Just imagine how boring her story would’ve been if she’d sat at home instead, playing checkers with her dad.

But how do kids in real life achieve the same level of character-shaping freedom, without a conniving author to make their parents disappear?

For many of us, such freedom is found in a wondrous place called the library.

I’ll never forget the buoyant feeling of walking up the palm-tree-lined path to the Broward County South Regional Library on Saturday afternoons, with last week’s stack of books tumbling out of my arms. Of squinting as I stepped from the glare of the Florida sunshine into the dim, hazy light of the low-slung library. Of breathing in the earthy musk of old books mingled with the scent of warm ink on freshly printed flyers. Of being enveloped by the reverent hush, like I’d entered a sacred space, a million miles from the garish world outside.

As soon as we crossed the threshold – past the silent, knowing nods of the librarians – my brother and I would take off at a respectful speed-walk away from our grown-ups, who never followed or cried out for us to slow down. That was the unspoken rule: here we were free. Nobody hovered or helicoptered. Our library wasn’t huge, but on those afternoons, it felt boundless, with its rows and rows, its nooks and corners and casually strewn beanbags. We could get lost or linger, as we pleased. It even had a climbable pirate ship in the center!

And it wasn’t just a matter of physical freedom. Nobody policed what we pulled off the shelf. Nobody told us what we could or couldn’t read.

I spent many unhurried afternoons there, wandering from classics to non-fiction to arts-and-crafts – picking up whatever caught my eye, cracking open the crinkly cellophane-swaddled spines, reading the jacket copy with a shiver of excitement. In that way, I strayed into genres I’d never thought to try, stumbled onto new authors, delved into topics I’d never heard of before. Sure, the Internet and its algorithms can guide me to a book I know I’ll love – but what about the one that takes me by surprise?

In the books I carted home, and those that insisted on being read right there, belly-down on the scratchy burlap carpet, I encountered things I’d never experience otherwise, at least not while my parents were around to stop me. Like riding in hot-air balloons and plotting a jailbreak and cavorting with rebellious orphans. We know that books offer an escape, a view into other worlds and perspectives, a chance to interact with new ideas. But the library itself offers its own kind of freedom – to roam and discover and try on. What a blessing it was, on those languid Saturday afternoons, to wander the endless spaces within its four walls.

Christyne Morrell is a children’s book author and attorney. She lives in Decatur, Georgia with her husband, daughter, and hyperactive beagle. Christyne has been writing poems and stories since she could hold a pencil, but KINGDOM OF SECRETS (Delacorte 2021) is her debut middle-grade novel. Her second novel, TREX, will be released in Summer 2022.

Christyne is also the author of the picture book Abra, Cadabra & Bob (Clear Fork Publishing 2019), and her work has appeared in Highlights, Spider, and The School Magazine. She can be found online at christynewrites.com and on Twitter and Instagram at @ChristyneWrites.

About KINGDOM OF SECRETS

Prismena’s father is the hot air balloonist in the peaceful kingdom of Oren. She assists him by mending torn balloons, but she yearns to build and fly the complicated machines herself. One day, a waif named Abi steals Prissy’s only remaining memento of her deceased mother – a silk scarf – and promises to return it only if Prissy smuggles a mysterious box onto one of her father’s flights. Since balloon travel is strictly regulated, that single act of rebellion results in her father’s arrest and kicks off a spiraling series of events that will yank Prissy out of her predictable life.

Along the way to free her father from jail, she’ll get caught up in a bar fight, nabbed by a sadistic schoolmistress, tossed into a home for unwanted children, and thrust into the center of a brewing rebellion. On her journey through Oren – with its glitzy neighborhoods and its seedy underbelly – Prismena will uncover secrets that change the way she views her family, her kingdom, herself, and even her beloved hot air balloons. She’ll have to break a few rules – and even forge metal – to save the people she loves, but she may also get a chance to soar. 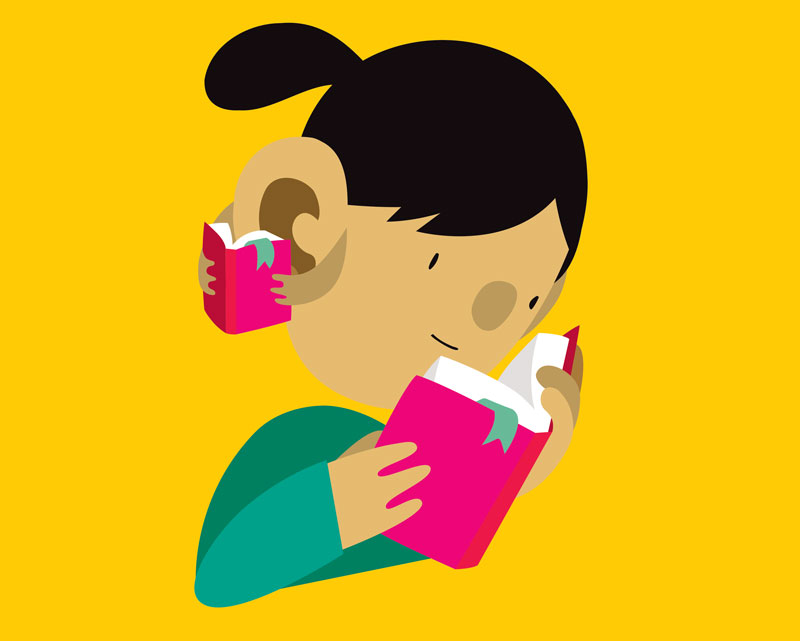 An Ear for Reading: Audiobooks Take Center Stage in the Classroom