Today as we continue YA A to Z, our very own TLTer Ally Watkins is discussing Comics 101 with us. She writers our monthly Collecting Comics feature.

Comics are wildly popular and fun, but they aren’t always the easiest thing to collect for libraries. But our patrons love comics, so a little information about how comics work and how to collect them for libraries can really with collection development.

An important thing to remember at the start: comics are not a genre, they’re a format. There are many genres of comic books and graphic novels, but they’re all written in the comic format.

In America, comics are sold by something called the direct market system, in which a large distributor (Diamond Comics Distributors) provides comics to local comics shops in order to meet consumer needs. Unlike regular book sales, these books can’t be returned from the shops for a refund, so comic shops try to gauge their customers’ interest through pre-orders which have to be placed a several weeks ahead of the release date.  The downsides to this system are that consumers have to take a chance on new publications before they’ve even come out, and new comics that don’t do well (perhaps because of poor pre-order numbers) are often discontinued. 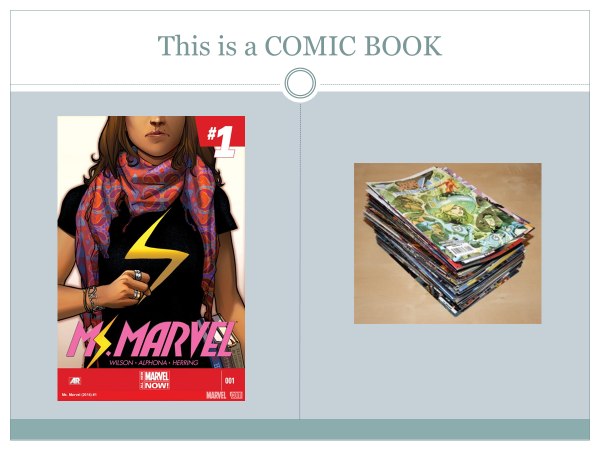 If your library is very lucky, you might have a relationship with Diamond or a local comic book shop, and you can get single issue comics in your library weekly! But many of us don’t have the budget or purchasing procedures for that, so libraries often get collected editions that contain multiple single issues. 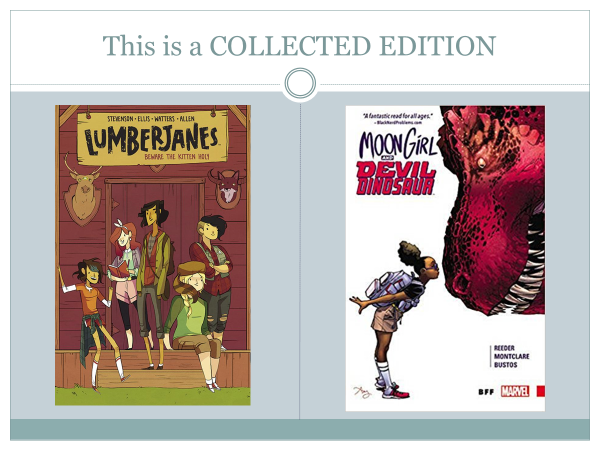 A collected edition most often comes in the form of a trade paperback (shortened to “trades” or “TPBs”), which might collect between 4 and 8 single issues of a comics series. These trades are numbered as “volumes.” For example, Volume 1 of the comic series Lumberjanes collects Lumberjanes issues #1-#4.  These trades generally collect a story arc or several related issues. These are just like series books, so you want to commit to collecting the whole series for your patrons.  You can buy volumes of collected issues at a variety of places: comic book shops have them, but they’re also available at Amazon, regular bookstores, and your vendors: they have ISBN numbers so they’re available anywhere books are sold.  Collected editions can also come in hardcover deluxe editions, which collect more issues than a trade paperback (or have ‘bonus’ content). These are usually longer and much more expensive.  Make sure that when you’re cataloging your collected edition, you put as much information as possible into the record. You’ll want to include the volume number and what issues it contains so that your patrons can see that in the catalog record and follow along with the series in order. 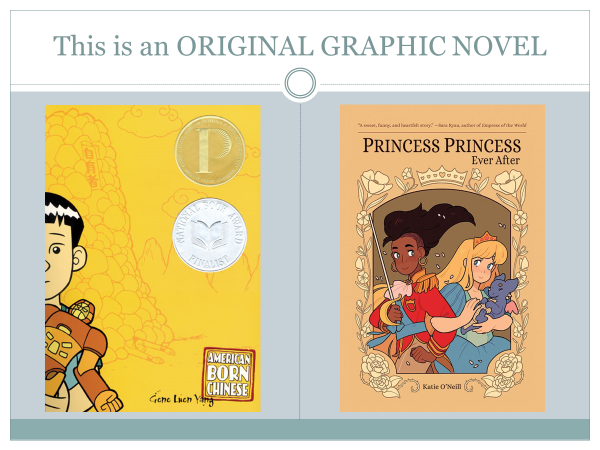 Graphic novels are original stories told in the comic format. They are not published in issues first. These are meant to be read like books. They can be a part of a series, or they can stand alone. You may see graphic novels referred to as “OGN” or “Original Graphic Novel.”  Graphic nonfiction is also becoming increasingly popular, including the multiple award-winning March books by John Lewis. The comic format lends itself to telling memoirs and other nonfiction topics powerfully. 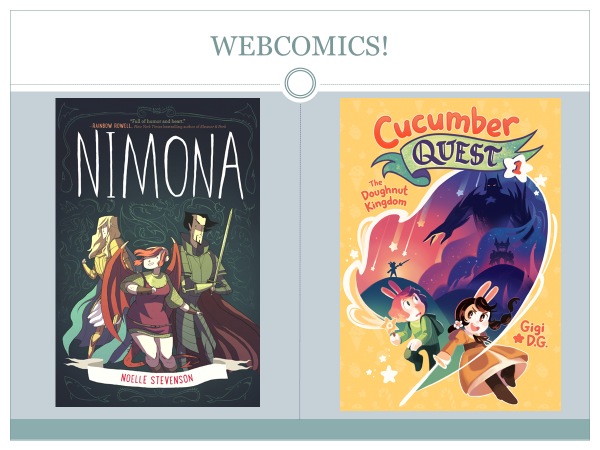 Webcomics are very popular and are an excellent way for amateur artists and storytellers to get their stories into the world. Sometimes comics or more mainstream book publishers will pick up a webcomic and publish a book edition of it, like Noelle Stevenson’s Nimona or the upcoming Check, Please, written and illustrated by Ngozi Ukazu.

If you aren’t sure where to start, check out awards and lists! A major award for comics that has categories for kids and teens is the Eisner Award. Presented every year at San Diego Comic-Con, there are Eisners in categories for early readers, kids, and teens. Another great comics resource is YALSA’s Great Graphic Novels for Teens list.

Even though comics can be a little complicated, your kid and teen patrons probably love them and are tearing through them, and keeping them on the shelves is important! Stay tuned to TLT for our monthly column about comics for kids and teens, called Collecting Comics!

Graphic Novels and Comics in Libraries | News and Press Center