Video Games Weekly: Legend of Zelda, Breath of the Wild

Legend of Zelda: Breath of the Wild was the launch game that was simultaneously released with Nintendo’s newest console, Nintendo Switch, which came out in mid-March.  In my opinion, Breath of the Wild is by far the best game in 2017, although I have been playing it on my Wii U, not the Switch.  I still am not wholly convinced to spend $330-$400 on a Switch, but I’ll keep you posted if I ever cave.

Single or Multiplayer: Single, but the kind of game where friends can come over and enjoy watching you play

Storyline: Like any other Zelda game, you play as Link, a destined soldier/hero who was just woken up after a 100 year slumber.  100 years ago, Link and Princess Zelda attempted to seal away Calamity Gannon (the bad guy) with the help of Divine Beasts (imagine steampunk-ish robots), but failed to do so and now Calamity Gannon rules Hyrule.  When Link wakes from his 100 year long slumber, he has discovered that he has lost all of his memories of the people he fought with and the events that happened 100 years ago.  The only tool Link has to recover this information is a Shiekah Slate (which looks strikingly similar to a Nintendo Switch or a smartphone…) which can help players find towers (which unlock areas of the map), shrines (gives players spirit orbs which can be redeemed for hearts or stamina), and items.

Gameplay: Unlike former Zelda games, Link is not given a sword that lives permanently in your inventory.  This game is more like a survival game where players have to forage around in order to find any weapons, shields, bows and arrows, and cook food for hearts.  These weapons deteriorate as you use them, so players have to be extra strategic when fighting enemies.

This game is long because players don’t have to follow the main storyline.  In fact, I’ve sunk in about 30-40 hours of gameplay and I think I’m only 25% through the main storyline.  This is because the game encourages you to explore the vast and gorgeous world of Hyrule, and I find it even more fun to explore rather than follow the storyline.  There is plenty to do besides the storyline, ranging from locating the towers/shrines to a large variety of side quests.  I don’t think I’m going to “beat” the game anytime soon because there is so much content and beauty to get through! 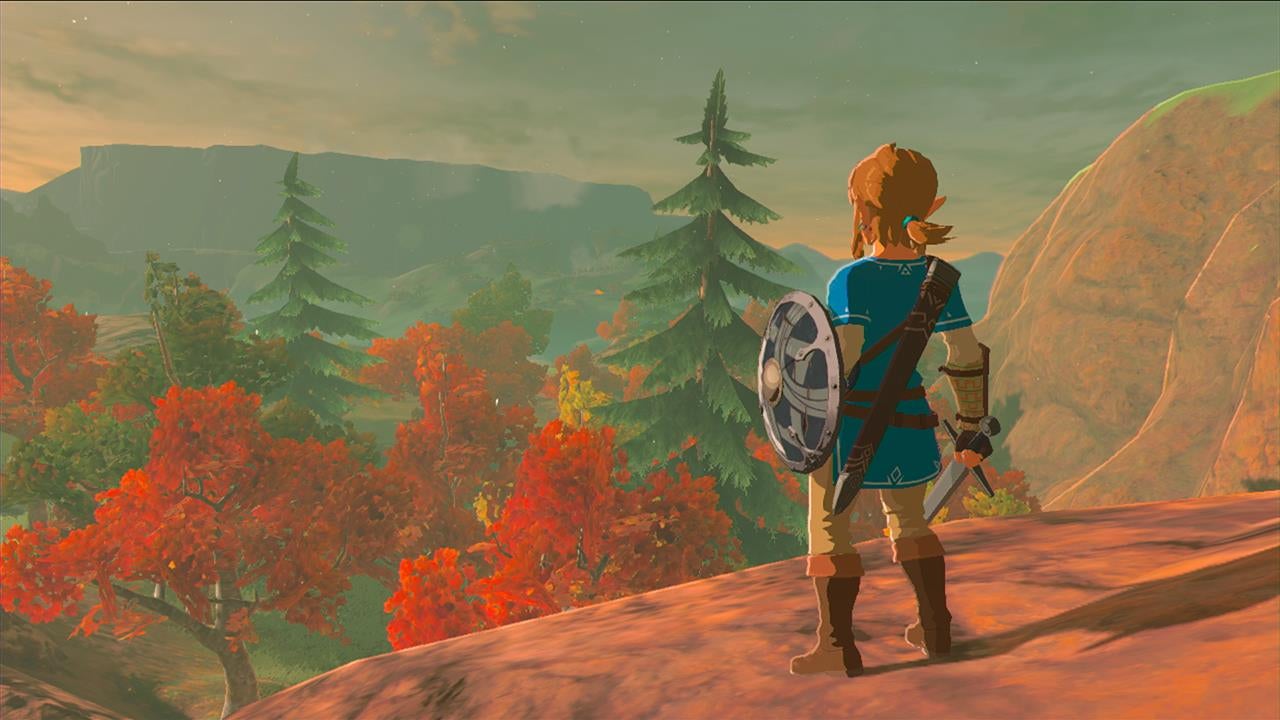 Controls: I’m playing the game on the Wii U, so I have no idea how the controls are on the Switch. In my experience, the controls on the Wii U are a little difficult to grasp because it utilizes every single button on the Wii U GamePad, and that can get very confusing.  It took me awhile to get used to, and even then I tend to confuse the – and + buttons because they bring up different menus.

Audience: I recommend this game to teens and adults who are fans of Zelda games, because I think it’s one of the best Zelda games in the last 10 years.

Verdict: Highly recommend for circulating collections. I don’t recommend this for Teen Game Nights because it’s only one player and not easy to pick up for amateur players.