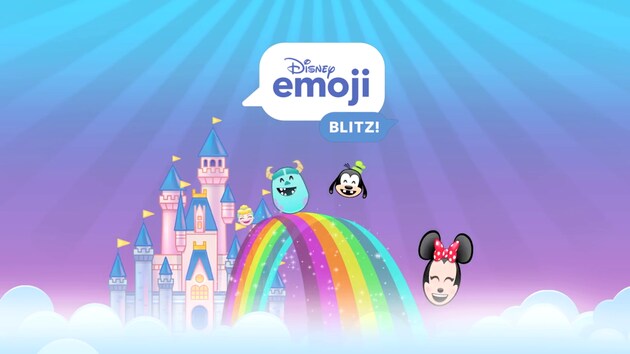 This week, I was going to review the new Legend of Zelda game, but due to a shipping mix up, I haven’t received my copy yet!  So, this week is about a “freemium” game that I have been addicted to for the past few months called Disney Emoji Blitz.  If you shop at Walmart, you might have noticed Disney has started a new line of emoji merch, and that is directly related to this game.

Rated: Not officially rated by the ESRB, but I personally would give it an E

Single or Multiplayer: Single, but you can link your Facebook profile to enter a weekly high score competition with your friends.

Gameplay: The game is exactly like Bejeweled and Candy Crush.  What you do is move emoji characters to align three in a row in order to get points. If you align more than three emojis, you get special power ups that can clear many emojis at a time. You also choose which special Disney emoji character you want to play with, and each of these characters have a special move responsible for clearing many emojis of the emojis at once.  You only get 60 seconds per round, so try to get as many emojis as possible!

Unlike Bejeweled and Candy Crush, this game also puts random items on the board for you to try to collect at the bottom.  Some of these items are rare, but are more likely to appear depending on the specific type of Disney emoji you are playing with.  There are many different types of “item collections” to keep you occupied, as well as special events.

It’s Free to Play…Sort of: This game is called a “freemium” game, which means the game itself is free, but players are encouraged to spend real money in order to progress quickly in the game.  In this case, Disney Emoji Blitz tries to get players to spend money to unlock special Disney characters and lives.  The game limits players to getting a maximum of 5 lives at a time, which essentially means you get to play 5 games then have to wait for your lives to regenerate.  Players also have to watch a few ads or can opt out of watching ads in exchange for more lives, but the good news is all of the ads are kid-friendly.

Sending emojis on your phone: The other bonus to playing Disney Emoji Blitz is when you unlock emojis, you can use them outside of the game.  You can add them to your keyboard, and from what I’ve tested they work on text messages and Google Hangouts.

Audience: This game is for anyone who wants to play a quick game on their lunch break, or any Disney fan.  It’s easy to play, and it gives you cute emojis.  What’s not to love?

Pricing: Free! Look for it on your app store!