Video Games 101: What you need to know about Lego Dimensions

Lego Dimensions is the first toys-to-life video game of its genre.  It is also one of the coolest video games that combines popular fandoms all into one video game. I mean, just look at this list!

Sounds cool right? Before your library jumps on this bandwagon, you need to know a few things.

Single or Multiplayer: Both but only up to 2 players at a time

What is this game about?  The plot begins with an evil villain Lord Vortech and his robot sidekick X-PO trying to find the “foundation elements”, known as the cornerstones of time and space that can merge all of the different universes [franchises] together under his control.  Each foundation element is the trademark of each universe, like The One Ring from Lord of the Rings.  Players simply save the universe by defeating Lord Vortech with Batman, WyldeStyle, and Gandalf the Grey.

The game is a typical Lego game in terms of gameplay, but what makes it great is the ridiculousness of the plot/pop culture references.  Right in the beginning of the storyline, players have to navigate around The Land of Oz with Batman, Gandalf, and WyldStyle trying to find Robin and Frodo.  The game makes sure every Lego character keeps in character, and it’s almost like watching a fun new Lego movie as they navigate areas that exist outside of their own fictional world. What are the Legos used for?  Lego Dimensions is unique in how players have to build and customize Lego structures in real life, and then scan them into the game.  First, players have to construct the portal that will be used for the whole game.  The portal’s platform is where players construct and scan in different Lego figurines, which can either be characters or items. For example, early on in the game players have to build a Batmobile out of Legos, and then scan the Batmobile with the platform on the bottom.  Technically, the figures don’t need to be built.  All you really need is the platform scanner, but what fun is that?

Unlike Nintendo’s amiibos, the Lego portal is used in order for players to progress in the game.  Players have to use problem solving skills to figure out which area a certain character needs to be scanned on the portal, and they will then appear in the game.  Basically, players will be interacting a lot with the physical Lego portal, adding a really cool new gameplay element to the video gaming world.

Expansions Packs: Players can purchase expansion packs that range from new characters, story packs, to level packs and fun items.  If you’re considering purchasing Lego Dimensions, you’ll have to consider buying expansion packs in order to keep the game popular.  The starter kit will give you about 10 or so hours of gameplay, and I guarantee people will want to purchase their favorite fandom expansion packs. 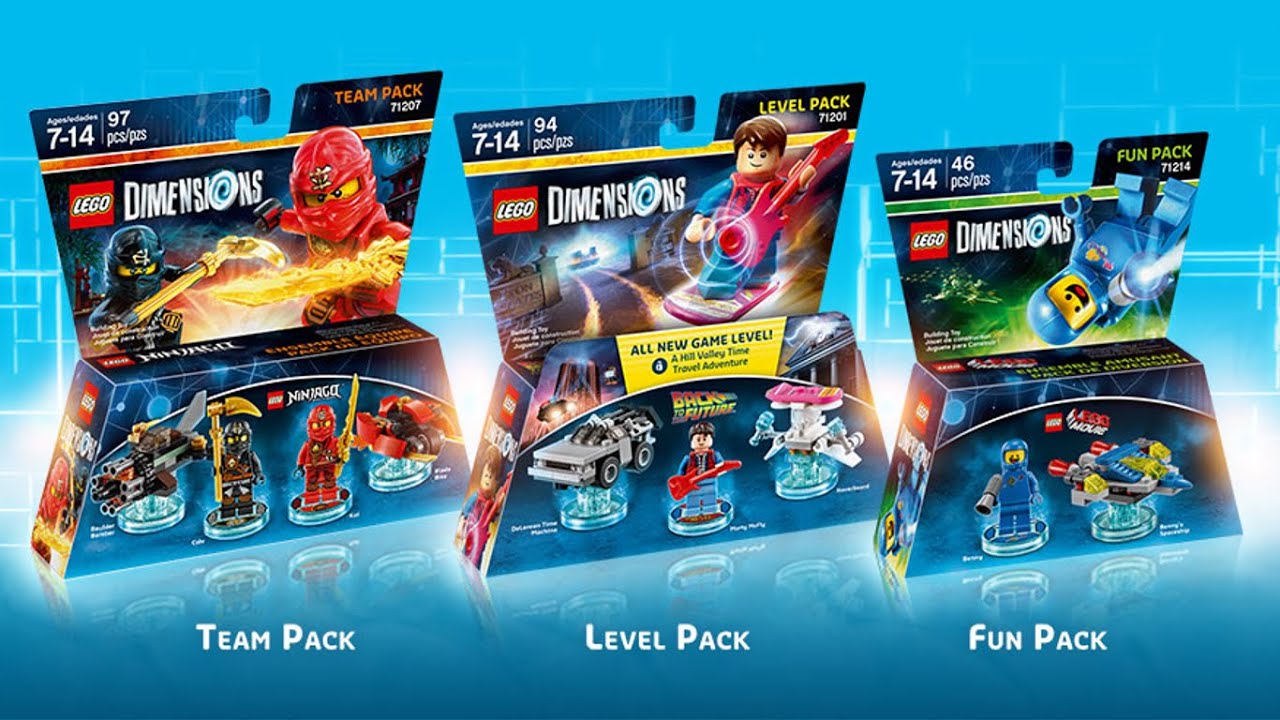 Should libraries buy this for circulation collections? As of right now, I am going to say no.  The issue is how the game relies on having an in-tack Lego portal, as well as all of the figurine scanners.  If one piece goes missing, then players cannot progress in the game and right now there isn’t a way to purchase replacement parts.  My other concern is the game’s availability on FIVE different platforms, and you cannot try to crossover a Wii U kit with a PlayStation 4 kit because for the sake of fairness, libraries would have to purchase multiple kits, catalog them as kits, and constantly check them at circ to see if they have all of their pieces.  It’s simply too much work for my library system, but if you’re willing to try it, let me know how it goes!

Should libraries buy this for Teen Game Night Programs? My library did, and we just set it out for the first time last week.  One teen somehow exploded our Batmobile, so little pieces went flying everywhere and he had to clean them up.  But, they did like the game, and many sat or stood behind our two players to watch.  I’m going to wait a few more weeks before I give a definitive yes or no for Teen Game Night programs, and I’m also curious to see if teens will beg us to buy expansion packs.