On Keeping Secrets and the Power of Stories: a guest post by Michele Bacon

At 17, I was madly in love with a clever, playful, adorable boy. I loved him fiercely. And—to my utter surprise—he loved me. Together, Michael and I did theater, marching band, and speech team. Over three (mostly) blissful years, we shared everything: our most cherished dreams, our ugliest failures, our triumphs, and our personal insecurities.

I say this not to induce envy (or eye rolling), but to emphasize how serious our relationship was.

About six months after we broke up—when I was 21—I confided in him: I had grown up in an abusive household. Michael was stunned that I’d never told him.

I had never told anyone.

During my parents’ messy divorce, I spoke with the judge, lawyers, and a therapist I adored. My father didn’t like that therapist’s analysis, so we saw another therapist. We were dug into our church at the time, so I spoke with my minister, too.

Those adults were keen to help me, but I never divulged what my father had done to me and to my family. The horrors I experienced, heard, and saw were too embarrassing and shameful. I was broken, and I thought sharing my abuse would taint people’s opinion of me. And, in a way that is now difficult to understand, I was terrified that telling would get me in trouble.

Until a few weeks ago, I had told only three or four friends. But now I’m saying it (to the Internet, no less): I grew up in an abusive household.

It made me feel that I was less something than everyone else. I started believing emotionally or physically abusive relationships were okay. That heavy, awful feeling, defined how I viewed my place in the world.

Now, let’s be honest, we all have at least one ugly secret that devours us from the inside as we try desperately to conceal it. Perhaps you pretend to not be dyslexic. You don’t talk about your twin who died at birth. You conceal your gender or sexuality. You are poor. You are passing. You’re losing your hearing. You’ve left your religion. 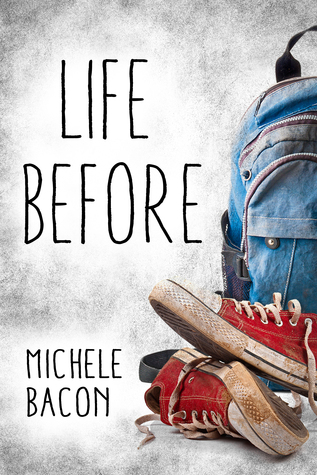 It doesn’t matter what it is; everyone has something. And we all have the right to keep parts of ourselves private. And I have, for a long time.

Last month, I admitted to a room full of people that I had grown up in abuse, and that my greatest childhood fear was that my father would murder my mother. After I spoke, several women told me, privately, that they had the same secret. Or the same childhood. Or the same fear. Me too echoed around me, and several people said they’d never told a soul.

That is the power of stories: Me too.

Imagine how my life would be different if I’d had that moment at 13. Or 17. Or 19. During my teen years—that amazing intersection of opportunity, energy, and idealism—Me too could have changed my life.

In the last month, I’ve shed the fear that everyone would reject me if I revealed my ugly secret, and I’ve realized that hiding what I perceive as shameful parts of myself doesn’t make them any less a part of me. In the last few weeks, stories have poured from the hearts of readers. They’ve said me too. This shouldn’t have happened to any of us, but it did. For the first time in my life, I am not ashamed. I am done keeping secrets. And I am sharing my story, and the ugly parts of me.

Stories are powerful, and sharing stories makes us stronger. These days, I walk into author talks at schools and libraries knowing someone might ask personal questions. I feel vulnerable, but I’m doing it, and I am encouraging other people to tell the stories they can bear to share. Your story might come at just the right time. Someone who is hiding in the dark shadows of shame may hear “Me too” and step into the light. 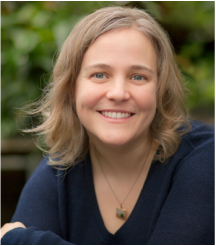 Michele writes fiction for adults and young adults. She lives in Seattle with her family. Her first novel, Life Before, publishes June 7th, 2016. She loves hearing from readers, fellow writers, and anyone who would like to say #metoo.
You can find her:
Via email at writer(at)michelebacon(dot)com
On Twitter @michelebacon,
On Instagram as WriterMicheleBacon
On Tumblr as michelebacon

For seventeen years, Xander Fife has been keeping secrets. (Almost) no one knows about his abusive father. If he can get through this summer, he’s off to college, where real life finally begins.

What’s more, the summer before college will be amazing: lots of pick-up soccer, long days hanging out with friends, and an epic road trip. Xander also is banking on some long overdue nights with his ideal girlfriend, the amazing Gretchen Taylor.

Instead of kicking off what had promised to be an amazing summer, however, graduation day brings terror. When Xander’s mother is murdered, his family’s secrets are thrust out into the open, and Xander must confront his greatest fear.

Armed with a fake ID, cash, and a knife, Xander skips town and assumes a new identity. Hundreds of miles from home and in danger, one thing is clear: Xander’s real life is already in progress and just getting through it isn’t enough.

Take 5: I'm in a Bad Romance, books about abusive relationships

Take 5: Teen Issues, sexual violence in the life of boys

Sunday Reflections: In our mailbox - How do you talk to teens about issues of consent in light of the Steubenville case?