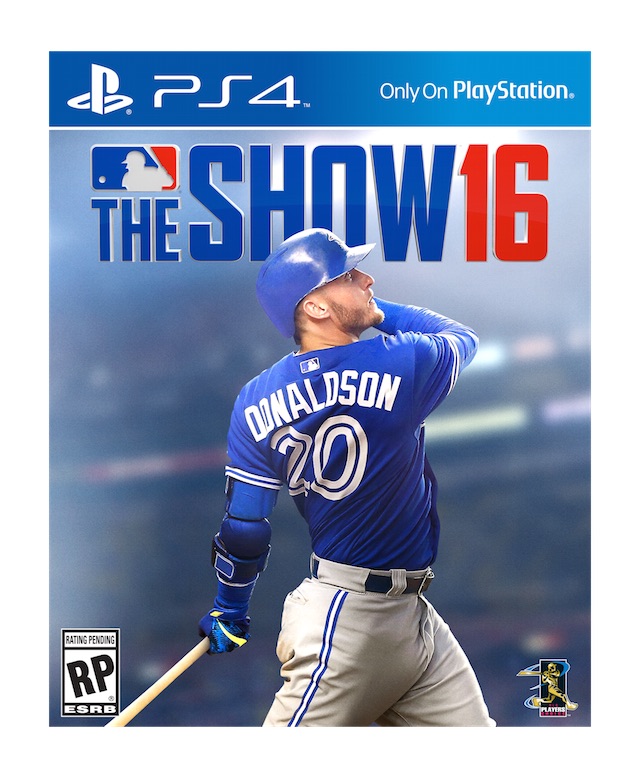 May the 4th Be With You!  If you’re feeling festive on Star Wars Day, you can read my Star Wars Battlefront article here.

This week I played MLB The Show 16.  I’m not a fan of baseball, but I promised myself  I would remain as unbiased as possible for this review.  In real life, I think baseball is pretty boring (please don’t hate me), but I’ve enjoyed playing a variety of baseball video games in the past.

Single or Multiplayer: Both (local and online multiplayer)

Background: MLB: The Show is a video games series that started out on PlayStation 2 in 2006.  Every year they come out with a new MLB game.  Each game has the same three announcers who narrate what is happening during the game, which gives it a realistic flair.  You can create your own MLB player to compete first in the minors, then rise to the top of the majors as you increase your skill level.  In MLB The Show: 16 there are a variety of game modes to choose from: “Road to Show” (you play as one player and build a career), “Diamond Dynasty” (make a fantasy team), and “Franchise Mode” (you’re the manager of a team).

Controls: When you pop in the disc, the tutorial automatically begins by throwing you into to learn the controls.  The controls are relatively easy to grasp, that is, if you know baseball terms (which I don’t…).  After a few minutes and a little bit of Googling, I was confident enough in my pitching and catching skills.  One thing that is distracting is the game prompts you to learn controls on the screen while announcers are simultaneously talking about game strategies and features.  I ended up ignoring the announcers altogether so I could focus on learning the basics, and I’m unsure if I missed any key information.

Create a Player: Okay, I’m going to get ranty for a minute, but it’s annoying that you can’t make a female player in MLB: The Show.  I get that it is supposed to be “realistic” as in [most of the time] only men play in MLB, but part of the reason why gamers play video games is because they like the fantastical escapism.  Is it really so crazy to add a female option?  No, it’s not, because EA Sports did it after a teenage girl wrote them a letter complaining about their NHL game.  Get it together, Sony, it’s 2016 after all and girls can like baseball just as much as boys. End rant.

Anyways, you can customize more than just your player’s look.  You can customize your player’s running style, batting style, home run walk, etc.  Some people spend hours trying to make their player look just like them, and some are like me who try to make a hot celebrity.  Once you’re done customizing your player’s physical features and movement animations, you can start out with drills while getting scouted in “The Road to Show”.

The game feels slow, kind of like baseball…: Okay here is where I admit I’m totally biased.  The game feels slow to me just like the real game. So, on the bright side, it’s very realistic!  On the negative side, I would get bored quickly after the bottom of the 5th inning.  Now, you COULD cheat and let the game “fast forward” to the end of the game, but the game only uses statistics to determine the winner and doesn’t factor in your gaming skills.

Multiplayer is the way to go: Hands down the best part about MLB The Show: 16 is that fact that “Franchise Mode” can have up to four players play locally (in the same room).  If you’re a librarian looking for a nice tie-in to this year’s Summer Reading theme “Get in the Game – Read!” then this game is for you.  You can have up to four teens play together, and I think it would be fun even if the teens aren’t big fans of baseball.

Art Style: The graphics in this game are phenomenal.  When I first booted it up, I couldn’t tell if the game was playing a live video from a real life game or if it was just the graphics (spoiler: it was the graphics).  MLB The Show: 16 worked extremely hard on updating their graphics and changing their light engine, and it really paid off.

Audience: This game is for die-hard baseball fans.  I’m speaking as a non-baseball fan, and I didn’t find the game to be as engaging as similar Nintendo Wii baseball games.  This is probably because I prefer to play a baseball game that gets you moving around, swinging like a crazy lady rather than focusing on statistics, batting averages, etc.

Verdict: Secondary purchase for circulating collections, unless you have hardcore baseball fans requesting it.  Take a look at your circulation stats for MLB: The Show 15 to see if it’s worth waiting to purchase at a lower price.  As for Teen Game Night, this one is a hit or miss; ask your teens if they’re interested.