Background:  Street Fighter is a classic fighting game dating back to the 1980s.  It has often been credited to revolutionizing the fighting game genre, and is an all time fan favorite in the gaming community.  If you want to read more about the history of Street Fighter, IGN wrote an in-depth article.  There are also many tropes associated with Street Fighter, for example: overly dramatic plot lines, fireballs, and dramatic voice acting (minus accents).  I mean, even the Disney Channel cartoon Gravity Falls created an entire episode as a homage to Street Fighter.

Okay, yes it’s rated T, but there is some cursing AND subjective nudity. Half of the females’ costumes have thongs which expose bare butts and their breasts are bursting at the seam.  The cursing only happens in story mode, but bare butts is a full time thing. Granted, it’s way more obvious in story mode, but you can still see it in two-player battles.

Here are some links if you want to see what I’m talking about:

See it in a battle: https://www.youtube.com/watch?v=3dFw61atk1k&nohtml5=False

TL;DR If you have policies about game “appropriateness” for a Teen Game Night program, this game definitely toes the line.  Try playing the game yourself or watching videos on YouTube before making a decision for your library!

Single or Multiplayer:  Both.

Storyline:  The storyline actually takes place between Street FIghter III and Street Fighter IV in the overall Street Fighter timeline.  Really though, players don’t have to be familiar with the storyline in order to enjoy the game since the essence of Street Fighter is to kick enemies’ butts. The main storyline is about a recurring villain, Shadaloo, comes back with an evil plan to destroy the universe.  Players can choose to play through different character sub-storylines.  This makes the game much more interesting because it fleshes the characters out. 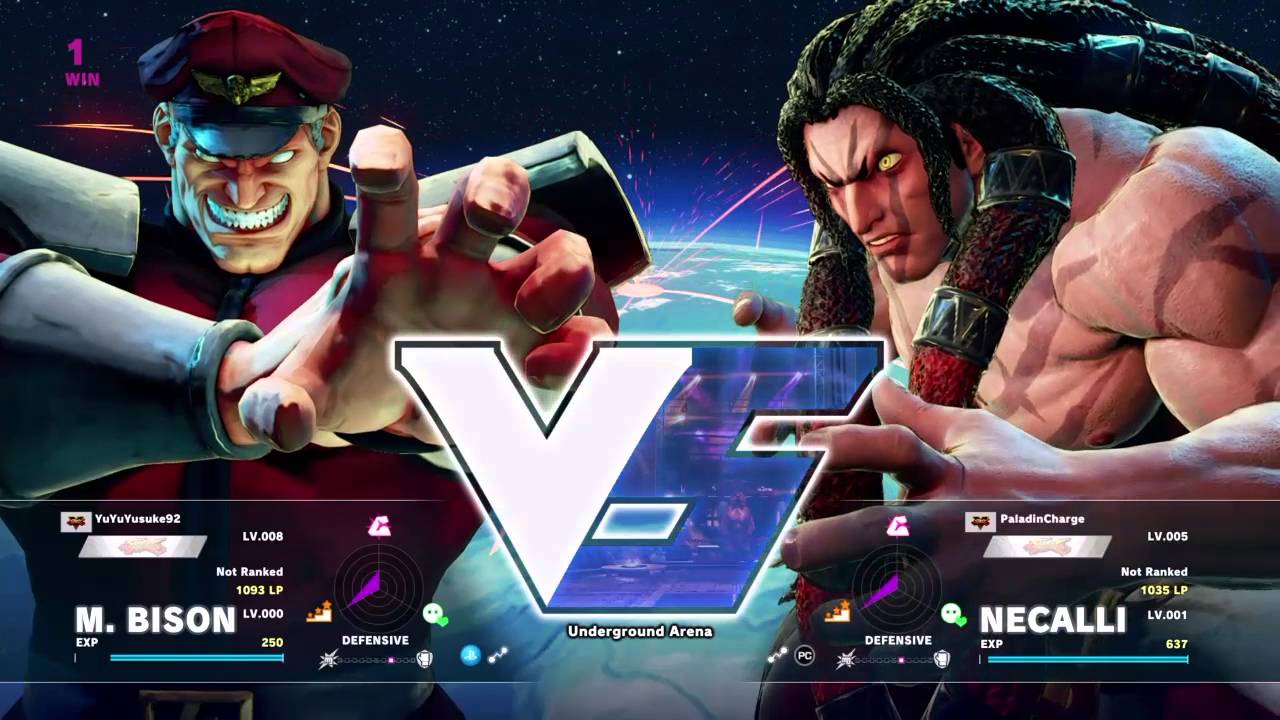 Gameplay:  The controls are pretty standard for Street Fighter, but they added a new special power feature.  In Street Fighter V, each character has a different special power called the “V-Trigger” which can bring supermegaultra damage to your opponent.  Similar to Pokken Tournament players can try to mash buttons or strategically use a variety of button combos to wallop their opponent.  Button mashing will not take players nearly as far in Street Fighter V compared to Pokken Tournament, which isn’t surprising because Street Fighter V was fine-tuned to meet the gaming skills of experienced, older gamers who have been playing the series for decades.

There is such a thing as a Street Fighter V pro controller, but honestly, the regular controls are fine.

Single Player Mode: One thing that is strange is how single player cannot battle a CPU in a standard best 2 out of 3 match.  Instead, you can play through a weird “survival” mode or play through the storyline.  It’s cumbersome because some players may not have the patience of sitting through cut scenes in the storyline, and I think this is the first time Street Fighter has neglected to add any CPU matches.

Multiplayer: Players can host a local 2 player match against another human player, which is probably Street Fighter’s biggest appeal.  These matches are best 2 out of 3, and you can customize your character’s outfit with unlocked content.

You can play online matches, but you need PS4 Plus. PS4 Plus is a paid service that unlocks more game content, and some games require it in order to play online.

Audience:   Average teen and adult gamers who like fighting games should not be disappointed with Street Fighter V.  Players who are more competitive, more advanced, or who have been playing Street Fighter since the beginning may find some shortcomings, but the game is still worth the purchase.

Verdict: Primary purchase for circulating collections. Street Fighter V is a classic fighting game, and will probably be in high demand.

I decided not to have Street Fighter V at our Teen Game Night program because we have teens that are more middle school aged than high school, and we already have Pokken Tournament and Injustice: Gods Among Us to satiate their fighting game cravings.