This is the second Animal Crossing that I have reviewed! If you want to read an introduction about the series or about the 3DS game Animal Crossing: Happy Home Academy click here. I bought this game for myself because I haven’t dabbled with Nintendo amiibo yet, so half of this post will be talking about amiibo in general and the other half will be about the game. 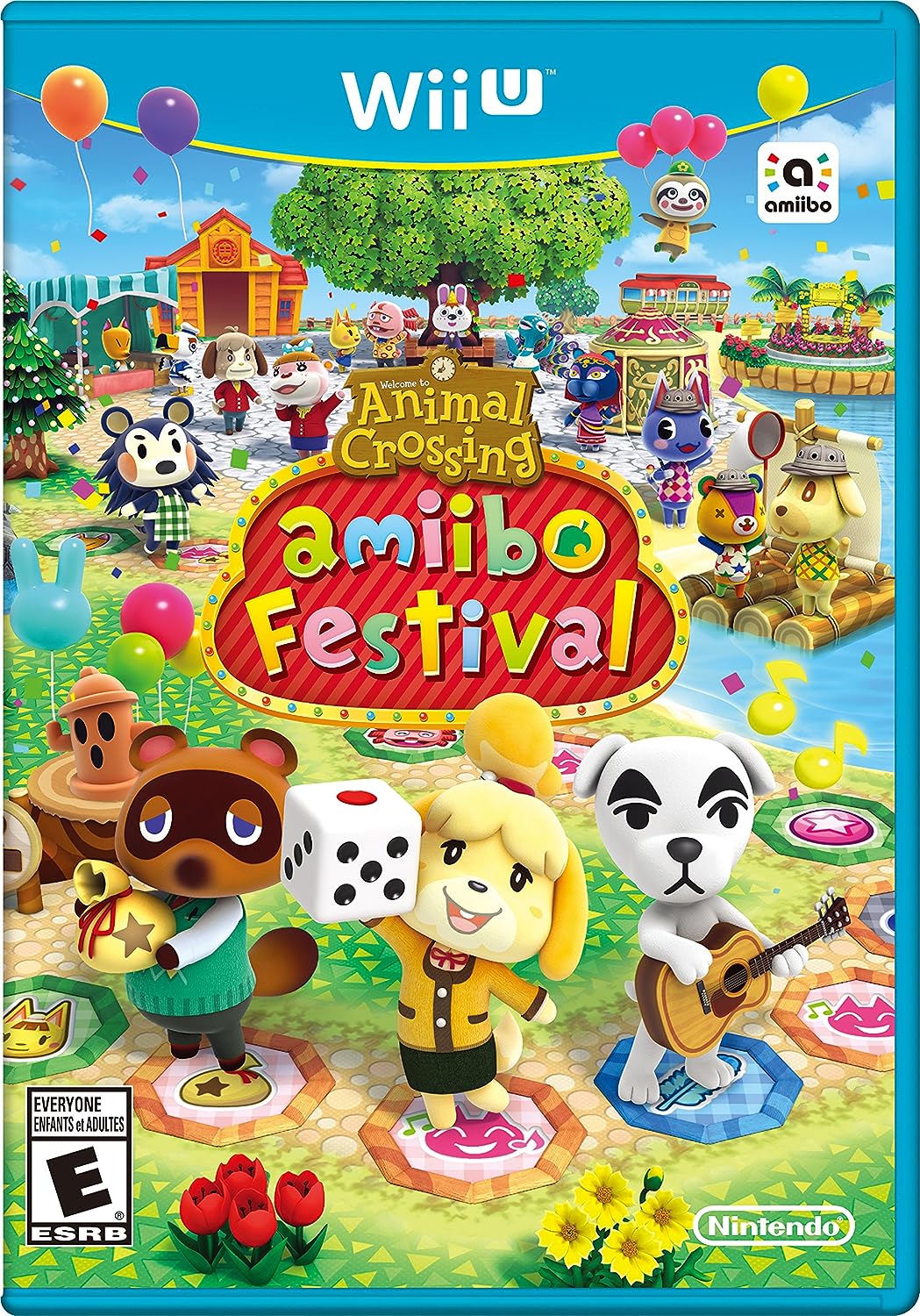 Amiibo: Amiibo (even the plural form is “amiibo”) are objects you can buy to unlock characters and special content for Nintendo games. Amiibo come in two forms: a card or a figurine. An amiibo card has a picture of a Nintendo character. Amiibo figurines are tiny replicas of Nintendo trademarked characters. The characters are on stands that can be scanned on a Wii U GamePad or a 3DS amiibo reader.

So, why do gamers buy amiibo? Some gamers like to collect them purely because they love Nintendo characters and want to have them as a decoration (kind of like why people buy Funko Pop! Vinyl characters). Also, amiibo customization is a popular hobby. People like to repaint their amiibo to blend fandoms, give their character a new costume, or just add a little pizzaz! Here’s a neat Tumblr to see some neat projects.

The other reason why gamers buy amiibo is because they can play as their favorite character in many different Nintendo games. Players can even compete against their amiibo figurine like in Super Smash Brothers. Your amiibo character levels up as you play either with them or against them in games (up to level 50) and you can unlock other game content. However, an amiibo cannot be used in every single Nintendo game. Here’s a link to a nifty chart to see what amiibo can be used for which games.

Amiibo and libraries: So, do amiibo have a place in library collections? I’m not so sure. On one hand, some games like Animal Crossing: Amiibo Festival will require an amiibo in order to play the game, especially games that are getting released in later in 2016. On the other hand, the idea behind amiibo is one gamer levels up their amiibo as they play games. Also, what happens if an amiibo gets lost, or never gets returned to the library? If an amiibo is lost, that could mean that the companion game is no longer playable, and to me that seems like a waste of money.

I think a way to meet in the middle is if you have a Teen Game Night program, you can have a “Teen” amiibo that stays in the library. I actually saw a librarian post in ALA Think Tank that he bought a Link amiibo, trained him up to level 50, and challenged his teens to try to beat the amiibo. That’s a really cool idea that I’m probably going to steal this coming year 🙂

And now, my experience with my very own amiibo!

Single or Multiplayer: Both up to 4 players

Controls: When you purchase Animal Crossing: Amiibo Festival, it actually comes as a package with a set of two amiibo figurine and three amiibo cards. The amiibo are Digby and Isabelle, who are two characters from the Animal Crossing world. Each player selects an amiibo to play as, but if you have more than 2 players, not everyone has to play as an amiibo. In order to roll the dice, you swipe the amiibo on the NFC reader spot on the GamePad.

Board Game: The heart of Amiibo Festival is supposed to be a party game, but if I am going to be honest, it isn’t all that engaging. First, you choose what month you want the board game to take place. This is an homage to past Animal Crossing games, but unlike previous versions, the game does not take place in real time. Instead, a day “ends” after all four players have taken a turn rolling the dice. You play as a character with three other players, and you race around a board game trying to collect the most “Happy Points” by the end of the month when the game is over. You can also get bells (money) by investing in turnips and landing on bell spaces. There are other special events that happen over the course of the month, like “Toy Day” in December, or a visit from the fortune teller Katarina.

In short, the board game very BORING. Like, dosing on my couch boring. Unlike many other video game board games/party games, there are no mini games after each round. This is a fatal flaw, because it means the only exciting thing you get to do is roll the dice with your amiibo figurine, then take a risk at buying turnips when the market is slow. Even the amiibo figurine gets annoying after a while, because I would tend to set it down somewhere on my couch then forget where I put it. You absolutely have to swipe the amiibo otherwise you can’t roll, which means if I lose my amiibo, then I can’t play the game.

When you finish a board game, your amiibo levels up. Your amiibo can wear different outfits, and the more you play with your amiibo, the more you unlock. You can also redeem 100 “Happy Points” for “Happy Tickets” which unlock decorative items, board game elements/decorations, and minigames.   Maybe this is cool, but I wouldn’t know because I was so bored with the game that I only managed to play through three board games total. \_(ツ)_/¯

Mini Games: Yes, you heard me, minigames. You can’t play minigames while playing a board game, but you CAN unlock up to 8 mini games and play them solo. These mini games utilize the three amiibo cards that came in the package. I unlocked two, and they weren’t that impressive. The mini games are meant to be one player, because you have to scan one of the three cards on the GamePad in order to do something in the mini game. You can, however, cheat by giving a card to another player, and together try to score the most points in a minigame. It still isn’t fun, and I only played each mini game like three times.

Crossover with Happy Home Design: Okay, the only cool part is you can upload homes that you created and linked to an amiibo card from Happy Home Design. HOWEVER. I didn’t even know you could do this when I played through the game. I found out about this online, which is terrible.

Verdict: Don’t buy it. First, it requires an amiibo to play, so unless you plan on circulating Animal Crossing amiibo (I should add that you can ONLY play with Animal Crossing characters, not something like Mario), you can’t play the game. 2) It’s boring.

I might, however, purchase a tiny little Blathers amiibo when it is released in the US only because he’s my favorite Animal Crossing character, and he would look super cute on my desk. 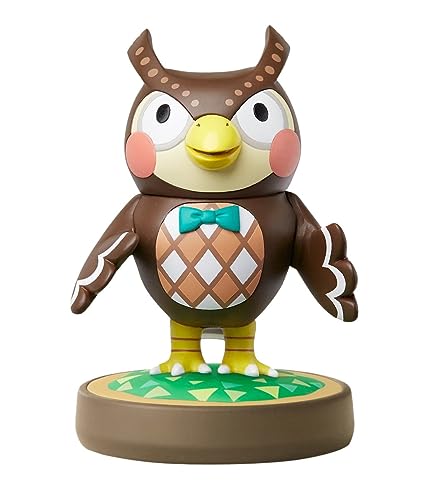