I am honestly delighted with this second entry in the distinctly well written Lockwood & Co. series by Stroud. It has so many elements to recommend it to my middle school readers! In case you missed it, I recently reviewed the first book in the series, The Screaming Staircase. When I opened the library’s latest book shipment, I was excited to find this one inside – especially since it was right before a scheduled break. I knew I would have time to read it before I put it out for circulation.

This entry into the series begins six months after the events of Combe Carey Hall as detailed in The Screaming Staircase. The agents at Lockwood & Co., Anthony, Lucy, and George have several more cases to their credit, but continue to be frustrated by the interference of Quill Kipps and his agents from the ultra-posh Fittes Agency. As the book opens, a minor lack of information causes the agents to get themselves in a sticky situation from which they are rescued by Kipps and his agents, who take credit for the operation. This leads to a not so friendly wager between the two groups over a yet to be determined contest of agenting prowess. We have little time to wait, as both groups are called in on a case by Inspector Barnes.

As set up during the last chapter of The Screaming Staircase, this case is heavily dependent upon a psychic relic containing a ‘source’ which has continued to speak to Lucy on and off throughout their cases. Its importance comes into focus on this case as they realize that their ‘skull in a jar’ is somehow related to the Bickerstaff case. Bickerstaff, being a mad scientist type who created a bone mirror to attempt to see into the afterlife, is uncovered, along with the mirror. George, who gets a glimpse of the mirror at the beginning of the case and almost loses his life to Bickerstaff’s ghost, becomes obsessed with the object and it’s properties, beginning to act strangely. Lucy and Lockwood, who dismiss George’s idiosyncratic behavior as a rule, don’t pay enough attention to the change in George’s personality. Of course, this almost leads to the demise of all three agents. As it continues being the story of three relatively unsupervised 15/16 year olds, it adds elements that will only increase its appeal to middle graders. Some of the highlights of this entry into the series include the manipulative and creepy messages Lucy receives from the skull, a ghost who constantly relives being eaten alive by rats (sure to be popular with my students,) an informant with a serious lack of attention to personal hygiene, a death by stabbing, the black market in psychic relics, and the continued rivalry between the Lockwood agents and Kipps’ group from the Fittes agency. We also get a glimpse, at the end, of Lockwood’s secret room which neatly sets up the next entry into the series. I’m not sure how many volumes Stroud has planned, but if they all remain as strong as the first two I hope they continue for a long while. This series is a definite purchase for all collections serving students ages 10 to 14.

Take 5: Great Reads for Younger YA, or Upper Middle Grade - whatever it is we are calling 12-14 year olds these days

Come Learn About Middle Grade Graphic Novels with Me!

Middle Grade Fiction and Collection Development: Everything You Need to Know to Help Pre-Teens Transition into Teen Readers 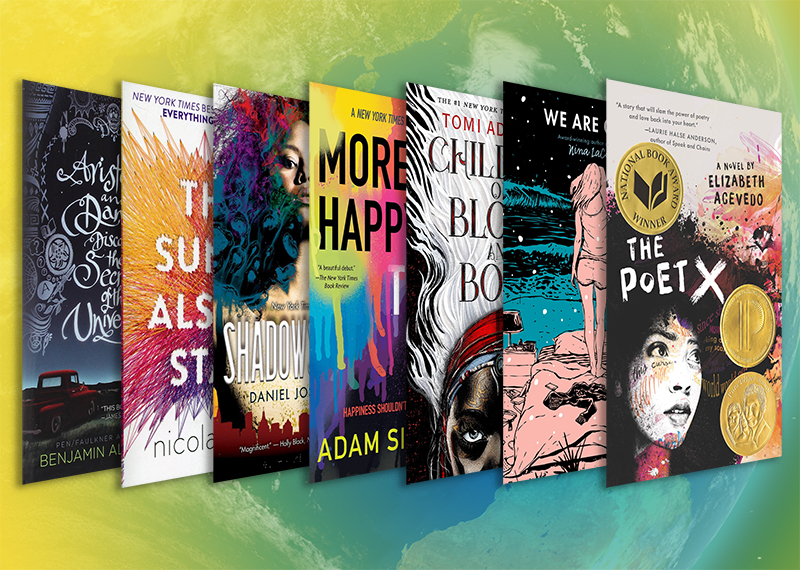