YA A to Z: Laurie Halse Anderson 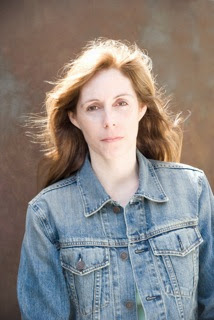 Why I chose Laurie Halse Anderson:
There are certain authors whose works are an immediate must-read for me, regardless of what they’re about. I don’t need to know what a new Laurie Halse Anderson book is about—I already know I’ll read it. Anderson’s powerful and memorable books never fail to affect me. I’ve read Speak, a book about rape, repeatedly, most recently for the discussion I held with my teen book club about sexual violence in young adult lit. Wintergirls, about eating disorders, and The Impossible Knife of Memory, about PTSD, join Speak as my favorite of her novels because of their honest and brave approaches to serious topics. I consider Anderson one of the pillars of modern young adult fiction.

Brief biography (from Anderson’s website):
Laurie Halse Anderson is the New York Times-bestselling author who writes for kids of all ages. Known for tackling tough subjects with humor and sensitivity, her work has earned numerous national and state awards, as well as international recognition. Two of her books, Speak and Chains, were National Book Award finalists. Laurie was honored with the 2009 Margaret A. Edwards Award given by YALSA division of the American Library Association for her “significant and lasting contribution to young adult literature…”. Mother of four and wife of one, Laurie lives in Northern New York, where she likes to watch the snow fall as she writes. Read or Leave Comments
Laurie Halse AndersonYA A to Z