Demon Love Spell, Volume 1
Story and Art by Mayu Shinjo  Viz
Miko is a shrine maiden who has never had much success at seeing or banishing spirits. Then she meets Kagura, a sexy demon who feeds off women’s feelings of passion and love. Kagura’s insatiable appetite has left many girls at school brokenhearted, so Miko casts a spell to seal his powers. Surprisingly the spell works—sort of—but now Kagura is after her!

Naoki Urasawa’s 21st Century Boys, Volume 1
Story and Art by Naoki Urasawa  Viz
War is over. The Friend is dead.Mankind no longer faces the threat of extinction. Peace has finally come to Tokyo… Or has it? The mystery still remains. Nobody knows who the Friend was and where he came from. The only clue is hidden deep within the memories—the memories of the hero Kenji. It is time to open Pandora’s Box to discover what is left at the bottom. 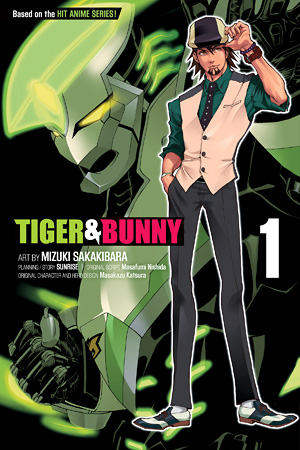 Tiger and Bunny, Volume 1  Viz
Veteran hero Wild Tiger has years of experience fighting crime, but his ratings have been slipping. Under orders from his new employer, Wild Tiger finds himself forced to team up with Barnaby Brooks Jr., a rookie with an attitude. Overcoming their differences will be at least as difficult for this mismatched duo as taking down superpowered bad guys!

Graphic Novel Spotlight: from the April 2014 issues of VOYA